"...he will be our friend for always
and always and always."
~ Rudyard Kipling

"Until one has loved an animal a
part of one's soul remains unawakened."
~ Anatole France

The lane in front of the “Cattery” at Howlmore is named “Cali’s Alley” in honor of David Howell’s cat “Cali” (a calico cat). David is our son who lives in Florence, SC. When David took her into his home in 1990 Cali was about 1 year old. Cali crossed over the Rainbow Bridge in August of 2009. In a story entitled “A Tale of Two Cats” David writes that he “had no clue” as to how important she would become to him. He goes on to say, “…to take a cat into your home is to allow something a little wild into your life.” Cali demonstrated that on at least 2 separate occasions by escaping into the “wild” for 2 weeks before returning home. For 2 decades Cali was an affectionate companion that would give far more than she would ever receive. David wrote this story to express the grief and difficulty of saying goodbye to such an affectionate companion. SWEET CALI you are missed, yet present always in our hearts.

Goodfella was a beautiful senior citizen who was part of the family of MaryAnn Beverly, one of Howlmore’s devoted volunteers. Goodfella left us in May of this year and his entire human, feline, and canine family are missing him. We feel certain that he is still taking his daily walk in his neighborhood to make sure everything is in order.

On June 1, 2010, our first Howlmore rescue made his way to the Rainbow Bridge.  Bart was rescued off a busy highway a few months before the sanctuary officially opened and  became the first Howlmore dog. Despite being blind, deaf and virtually toothless, this valiant little guy served as a wonderful ambassador for us. His spirit was huge although his body was tiny, and we will miss his presence with us. 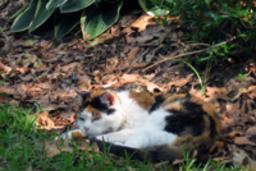 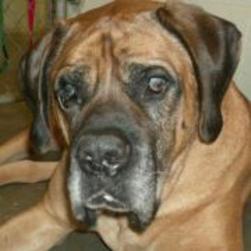 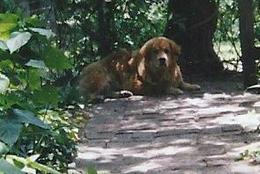 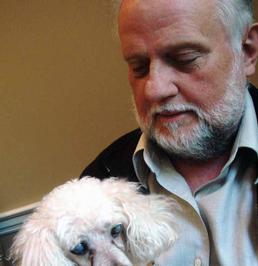 Duke, our ’Gentle Giant’ passed away last Thursday after an unexpected deterioration in his health. He had been at Howlmore for four years and despite all he endured medically remained a happy, calm and friendly soul who touched the hearts of everybody he met. He was an ambassador for Howlmore, made many public appearances and had TV coverage. He loved his home at Howlmore, his walks with staff and volunteers, his music and laying in the sun in his play yard.
He will be missed by everyone who knew him.